Dr. Wilson graduated from Loma Linda University School of Dentistry in 1983. Following graduation, he started his own private practice by essentially “hanging out his shingle” in East Bakersfield. Through word of mouth, his practice has grown to the busy, bustling practice that it is today. He is passionate about dentistry. Whenever treating patients he asks himself the same two questions: “Is this the best thing for the patient?” and “Is this what I would want?” This mantra has led him to truly believe that whatever is best for the patient is also best for his practice and the entire office therefore, the patient always comes first!

By surrounding himself with the very best team of professionals and utilizing the very latest in technology such as CEREC, Galileos Cone beam scans, and laser guided cavity detection to name a few, Dr. Wilson is capable of delivering the type of dentistry that is absolutely the best for his patients.

Dr. Wilson has also served organized dentistry at the local and state level. He is a past president of the Kern County Dental Society and has served on various state committees such as California New Dentists and California Political Action committees. He has made many trips to Sacramento in an effort to further organized dentistry.

In his spare time, Dr. Wilson enjoys many various interests and hobbies. Two of his favorites are bird watching and cooking. He is an accomplished “birder” and has led many field trips and bird tours locally and around California and the United States and Canada. A published author and co-author of several articles, he is a past member of the California Bird Records Committee and the current co-editor of the California Christmas Bird Counts for the American Birds journal. He and his wife Debbie enjoy spending time in the kitchen cooking for friends and family. Many people have said that if you get invited to their house for dinner, you probably shouldn’t say no! 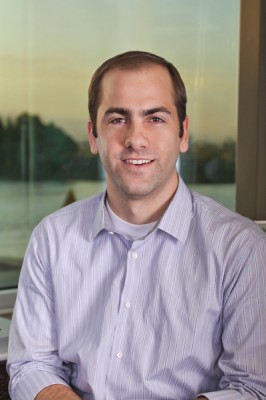 Dr. Tenzer spent his childhood growing up in Bakersfield before attending University of California, Riverside and receiving a degree in business economics. After graduating Dr. Tenzer returned to Bakersfield and attended Cal State Bakersfield where he graduated with honors and received his second degree, this one in chemistry, with a minor in biology.

Dr. Tenzer attended Loma Linda University for his dental education where he graduated with honors and received an award for service in dentistry. Upon his graduation Dr. Tenzer was also inducted into the national dental honor society, Omicron Kappa Upsilon.

Since returning to Bakersfield, Dr. Tenzer and his wife, Vi, have expanded their family to include their sons, Woody and Everett, all while he became involved in local community service with the Active 20-30 International. He has served at various leadership levels within the 20-30 club and was the club’s president for the spring of 2017.

Dentistry is not a one size fits all procedure, and outcomes will vary from patient to patient. These pages are only meant to provide basic information on common procedures and are not intended to encompass all of the options available in dentistry. Based on case complexity and difficulty some procedures may be referred out to specialists.